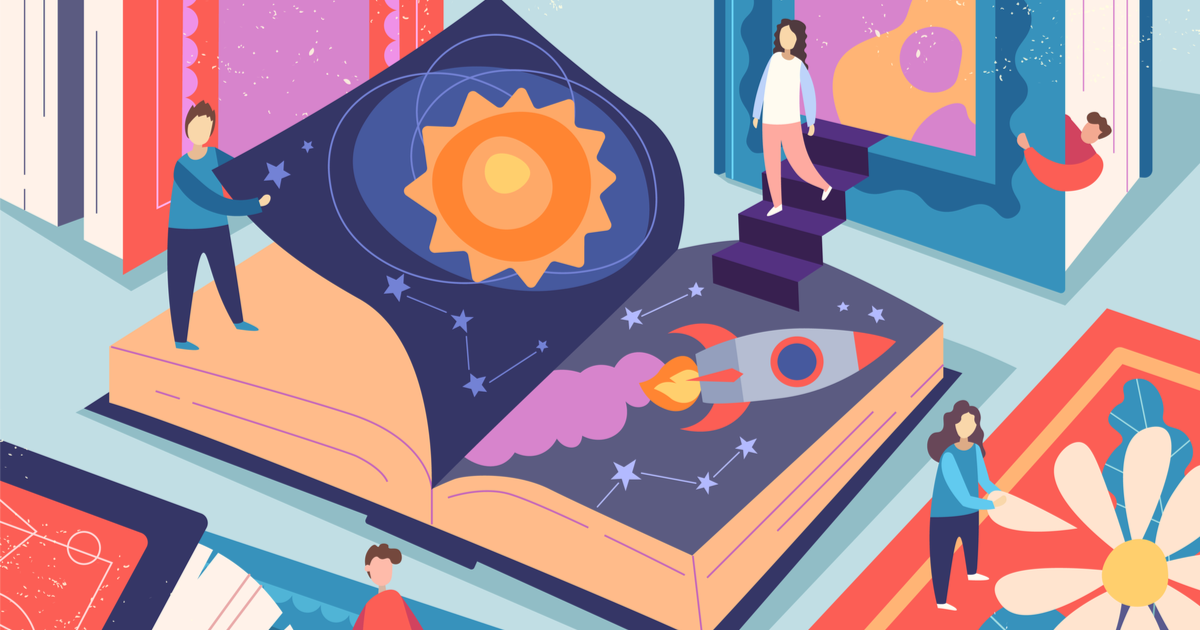 Writing an essay is always about choosing the correct words. Rhetoric is an art of impressive speaking you should learn if you want to persuade the reader. How many times have you heard advice to read more if you want to write good texts? Reading really helps! When reading a book, you learn a number of common literary terms and devices.

Want to improve your writing skills?  This article will teach you the most common literary terms and how to use them in paper effectively.This article is a guide, which is aimed at teaching you how to use common figures of rhetoric. It contains an impressive literary terms list, which makes it possible to turn a regular, boring writing process in a lot of fun for both writers and readers.

Literary Terms: the Best Devices to Enrich Your Writing!

The language of rhetoric literary analysis is a difficult task to master. It is hard to understand the way they work without having several good examples. The article contains brief literary terms glossary to help yous make your essays more poetic, interesting, and really breathtaking!

Using literary devices is essential to connect with the readers and enhance their general reading experience. As a writer you can influence the imagination of readers by using a balanced approach to literary devices. They will be more empathetic to your characters, feel a higher level of engagement with the plot, and won’t leave your writing unfinished.

When Should I Use Literary Devices

Undoubtedly, you should understand the literary terms and their peculiarities. Using such devices may greatly enrich your paper. However, it is also crucial to use them appropriately and avoid flooding your text with them. Great examples of proper cases are:

If the author wants to reflect some abstract ideas, an allegory is the best way to do this. The main purpose of adding this common rhetorical device to the story is to teach a certain lesson. Have a look at the abstract below:

It is a figure of speech where the author uses a repeated sound of the first/second letter in a phrase, or the repetition of the same letter sounds in stressed syllables of a sentence. Check the example below:

Those writers who prefer creating poems should be aware of the allusion – poetry makes allusion more powerful, and vice versa. It is a word/phrase created to recall something in the reader’s mind. The author cannot name the object; he/she just gives a hint. Such a method of calling particular things to mind can be noticed in many pieces of poetry. Examples of this common rhetorical device can be found even in the Holy Bible. The technique is effective if you want to add context/depth to the theme.

“Night after night our hero lay in bed with the flu, hacking mucus and blood and seeing behind his eyelids the angels or devils come to take him; but one morning, like Lazarus, he was whole again…”

This is a comparison of two or more objects. It is one more language device you should know how to use in your essays. The analogy helps to create a relationship based on connections between the ideas to give readers a better sense of an object to have a clear understanding of the motif. Sometimes, the analogy may be used for a flashback to emphasize a thesis. For example:

“Becoming laid-off was similar to losing the ground under the feet”.

The device represents lending a non-human entity a quality of a human being.

One of the most famous examples of this literary term belongs to A.A. Milne, who gave anthropomorphic qualities to toy animals in the stories about Winnie-the-Pooh.

This is a form of a resemblance of sound between a line of syllables in the words, getting from the vowel rhyming. In fact, rhyme is a special case of assonance. Example :

This term means the final part of a play on stage or a film where the strands of the plot are drawn together and conflict goes to the resolution. For example:

Dialogue is one of the most frequently used techniques. What is the purpose of its usage? It is a conversation between two or more characters, which is aimed at showing the action between the protagonist/antagonist in the story. It can be direct contact between a good person/bad person, etc.

-I found the pictures of my dog, the one I had when I was a little girl.

- We should help you adopt a puppy, Nana. You won’t be lonely and sad ever again.”

Epigraph is the specific quotation from the work of another author under the essay’s title (remember that quotations appear in italics).

Most of the examples are the works of poetry and some famous essays. People who have read Eliot's well-known poem “The Love Song of J. Alfred Prufrock” may have noticed a reference to the world-known Dante's Inferno in the following line:

to one perhaps returning to the world,

this tongue of flame would cease to flicker.

When taking information from the sources, make sure cite it correctly. The most common formatting styles are:

When you introduce the reader to some background information about a story element, you use exposition.

You can easily trace exposition in any tale you have ever read. The phrase “Once upon a time..” signifies its beginning.

This device serves as a figurative language that helps to draw a picture in the readers' minds. Use imagery if you want your reader to understand emotions and the mood of the character. Sometimes, a line containing imagery can sound much more powerful than the whole paragraph without expressive language devices. Example:

If a character uses irony, they actually mean the opposite of what they are saying, and without the context, it is impossible to figure out the true meaning.

Foil refers to a character of the story that is introduced to highlight a certain characteristic of the protagonist.

If the author wants to make a hint about an upcoming development, without revealing the exact situation, they may use foreshadowing in their text.

It is an exaggeration of things not meant to be taken literally. The point of using a line with the hyperbole is to make things more dramatic. It can be used for setting a climax to create an effect of drama to the readers.

A list of literary terms cannot be complete without a metaphor – a popular technique used to compare & contrast two or more objects directly.

In case you wish to sound like William Shakespeare or another famous world’s author, purchase a professional essay or story from the academic writing service online on the professional site page.

It is a literary term, which helps to imitate a similar sound of a certain thing or an object. It creates an effect that mimics the described object; this device makes the description more interesting and vivid. On a page of almost any story, you can find onomatopoeia. Usually, words imitating sounds of animals and different objects are used.

An oxymoron commonly contains just one or two words that have a conflicting definition. A comical oxymoron can be used for a comedy genre.

Parallelism is a repetition of the same or similar words or phrases. Its purpose is to make the idea behind the repeated parts stand out.

Parodic humor is a symbol of a funny imitation if the author shows someone to the readers to make other people laugh at them.

This literary device is used when the author describes a non-human object as if it has human emotions.

The author may attribute a personal nature or human characteristics to something non-human. He or she may represent an abstract quality in the form of a human.

“The old tram coughed and yelled but kept on crawling to the next stop.”

A pun is when the author uses a similar-sounding word instead of the one that fits the context. It is a device that intends to make the character using it seem funny and wry.

One method to single out important ideas and make them more memorable is the literary device called repetition, which implies that similar words or phrases are repeated more than once to highlight an idea.

Satire is a literary term that means the satirical humor when the writer uses jokes referred to problems of a human. The author shows the audience people weakness and issues of the society.

A literary terms dictionary should have a simile on the list. It exists to compare & contrast different objects, characters, traits/features, or events with the help of certain words (e.g., “like” or “as”). It is not a direct comparison. You shouldn’t confuse it with the metaphor.

This term means a grouped set of lines in poetry that keeps the set off from other text. Most of the stanzas have a regular rhyme.

Read about other famous American writers who applied different literacy tools! For example:

But if thou live, remember'd not to be,

Now you have the list of the essential and the most common literary terms. You can use them to make your essay more impressive. But, if you need assistance, contact expert writers. They will save your time and help you earn high grades.

Wishing for a magic writing solution? – We’ve got one for you
Get a price quote & proceed with your order!
Related posts
Top 9 Persuasive Essay Topics on Every Aspect of Life

Selecting a topic for an essay is a challenging task. Those who work on this academic assignment will agree with us that deciding on a theme of their writing is the toughest part. But what can be more difficult than choosing an essay topic? Picking a theme for a persuasive essay is perhaps something...

Read more
Part I: What Is a Case Study?

How to write a case study? Writing a case study requires a deep understanding of theories and concepts and ability to apply them to the case content. It doesn’t sound easy. College students are often intimidated by the amount of work they face while performing a case study analysis. What if you’ve n...

Read more
What Can You Write a «Wow» College Essay About?

A college essay might be the most important writing assignment in your life. It can predetermine your further education and your future in general. It is an important task and important period in the life, and you have to do your best to cope with it as well as possible. Your application plays an i...